With all of the activity that’s happened in our family’s life over the past two to three months, this post is a bit overdue. But before too much time passed, I wanted to welcome baby August to the family! 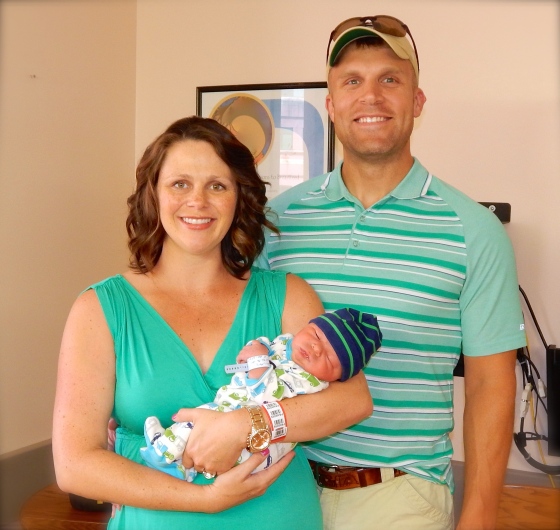 I’m sure that other pregnant parents hear that “each pregnancy and labor is different”. When I heard this, I thought to myself, “Sure, maybe for you, but my labor/delivery will probably be long and drawn out like it was with Liesl.” Mentally, I was preparing myself for a multi-day labor so that when the time arrived I wasn’t disappointed if things didn’t progress as quickly as I may have liked. I was also preparing myself for the same level of pain that I felt with Liesl, too, which was obviously quite intense.

You can imagine my surprise when things didn’t happen at all like I had imagined.

Birth Story
August’s due date was April 16, which happened to fall on a Friday. Throughout my entire pregnancy with him, he was always a very active baby in utero, particularly in the evenings. On Monday, four days before his due date, I noticed that I hadn’t really felt him move much that day. But, with all of the activity and things we had going on at the time (Pete’s change of command the week before, packing up our first shipment of household goods to be shipped to the mainland, hosting Pete’s parents and preparing for my mom’s arrival, etc.), I didn’t think much of this. I figured that I simply wasn’t paying attention to the fetal kick counts, but that he was moving like normal. On Tuesday, it was more of the same; I didn’t feel him moving much but since I was busy doing things all day I didn’t think much of it.

On Wednesday morning, however, I realized that two and a half days of hardly feeling any movement probably wasn’t good. I mentioned this to Pete, and after having a bite to eat for lunch, I laid on the couch and did some kick counting for an hour or so. The counts were less than 50% of what’s recommended for that time period, so we went to the doctor just to make sure everything was fine. After being hooked up to the monitoring equipment, and monitoring the baby’s heartbeat and movements, the doctor on call recommended that we induce labor and get baby boy out while he was still doing okay. (While being monitored, the baby’s movements were worrisome for the first hour; his activity picked up a bit in the second hour, and ended up being in the normal/healthy range.) Since Pete and I wanted to think about this a bit before making a decision, we went home and ate some dinner.

We decided to head back into the hospital later that night and get induced. We figured that our little guy was “fully cooked” at this point, we knew he was a healthy/chunky baby, and we didn’t want him to go into further fetal distress before taking action. Luckily, my mom was already with us at this point, so she stayed at home with Liesl while we went to the hospital.

So, after getting admitted around 9pm on Wednesday, we settled into our room and started the induction process at 11pm. It was so different going through labor knowing what to expect. These labor pains were painful, but I knew from past experience what worked for me to help manage them. I didn’t sleep much that night, but had a restful early labor experience (especially compared to my time in early labor with Liesl).

I ended up getting an epidural around 5-6cm, which happened at about 8am on Thursday. By 12:15pm it was nearly time to push! The same labor and delivery nurse that delivered Liesl was with us for August’s birth, and it was so wonderful having the same person there for both deliveries (which doesn’t happen a lot in military hospitals). She knew Pete, me and Liesl, the familiar face was really reassuring, and I trusted her. With her in the room, August’s birth and my delivery process felt like a big party. That probably sounds weird, but yes, this labor and delivery truly felt like a party compared to my first one! And, having a baby while feeling relatively rested, and in the middle of the day (versus in the middle of night) was really nice. 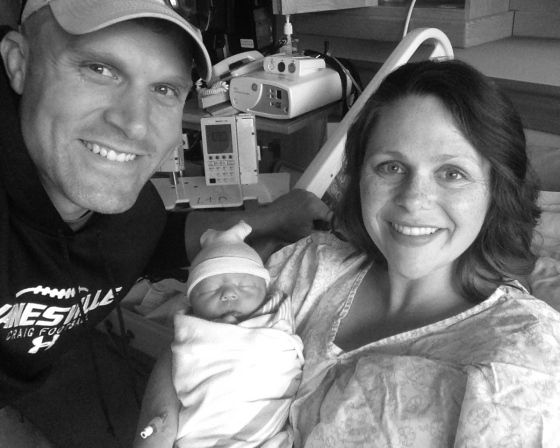 When August came into the world, here were some of my first thoughts: 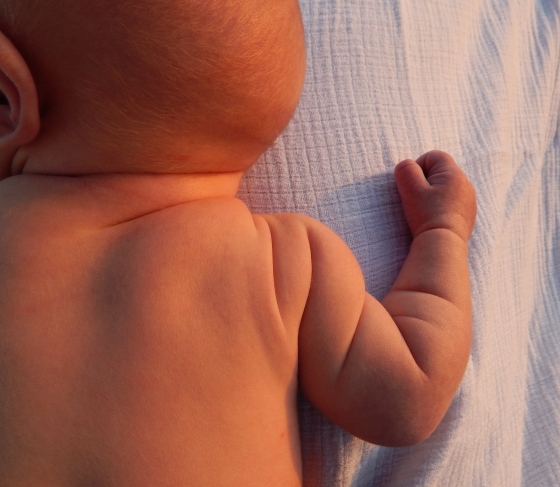 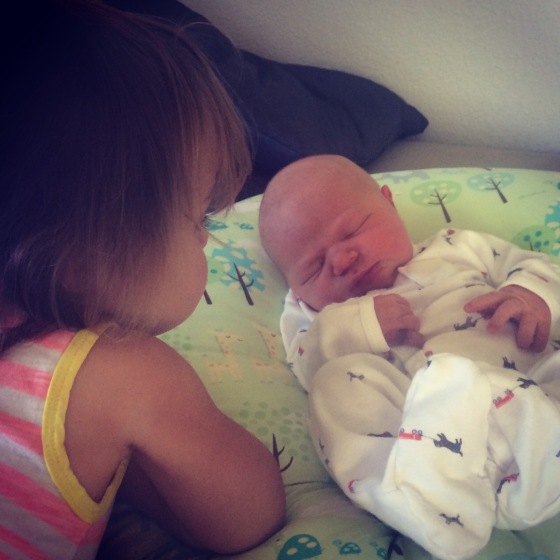 I don’t think I can stress enough how much more enjoyable (dare I say fun?) this labor and delivery experience was with August compared to my extended labor with Liesl. Knowing what to expect not only during the delivery process, but during the recovery and newborn phase, has really helped me to enjoy each moment along the way. And, luckily for us, August has been a dream baby from the very beginning: he eats well, sleeps well, and has a really pleasant disposition. If all babies were like this when they were born, I can see why parents consider having lots of children!

Living so far from our family and dear friends, we wanted to have a place to share our news, photos, and adventures as our little Bier family grows!